The history of Revolution Pi

How it all began with an idea

From the very beginning, we were fascinated by the openness, compact size and flexibility of the Raspberry Pi. It opens up countless possibilities for users, which can be implemented quickly with little effort. Then there is the feeling of togetherness. In countless forums all over the world, developers exchange ideas, develop solutions and, with their commitment, continue to increase the popularity and success of the single-board computer.

This is exactly what we wanted to transfer to the industrial sector. Since hardly anyone talked about open source at the time, our project was considered quite exotic, if not revolutionary. Bingo, there it was, our brand name – Revolution Pi. Revolutionary was not only the idea of disclosing the software and hardware, but also the development time: Within only 12 months we were able to present the first prototype, which was to go into series production shortly thereafter.

At the same time, we launched our community forum in order to listen to the RevPi users from the beginning and to incorporate their feedback into the further development of the Revolution Pi modules.

The first test was the sps ipc drives 2016 in Nuremberg. To be honest, there were many positive voices as well as critical ones. Since the Compute Module was rather unknown and many thought we had simply packed a “classic” Raspberry Pi into a top-hat rail housing, some laughed at our solution as tinkering stuff.

But we didn’t let that put us off. On the contrary, we pursued our path even more consistently and are still doing so today. With growing popularity, it became clear to us that we had hit a nerve and we decided to establish and expand Revolution Pi as an important part of our product portfolio. By now, a large number of basic and expansion modules are available for the Revolution Pi, our devices are requested worldwide and we work in partnership with OEMs and develop products for them based on RevPi. 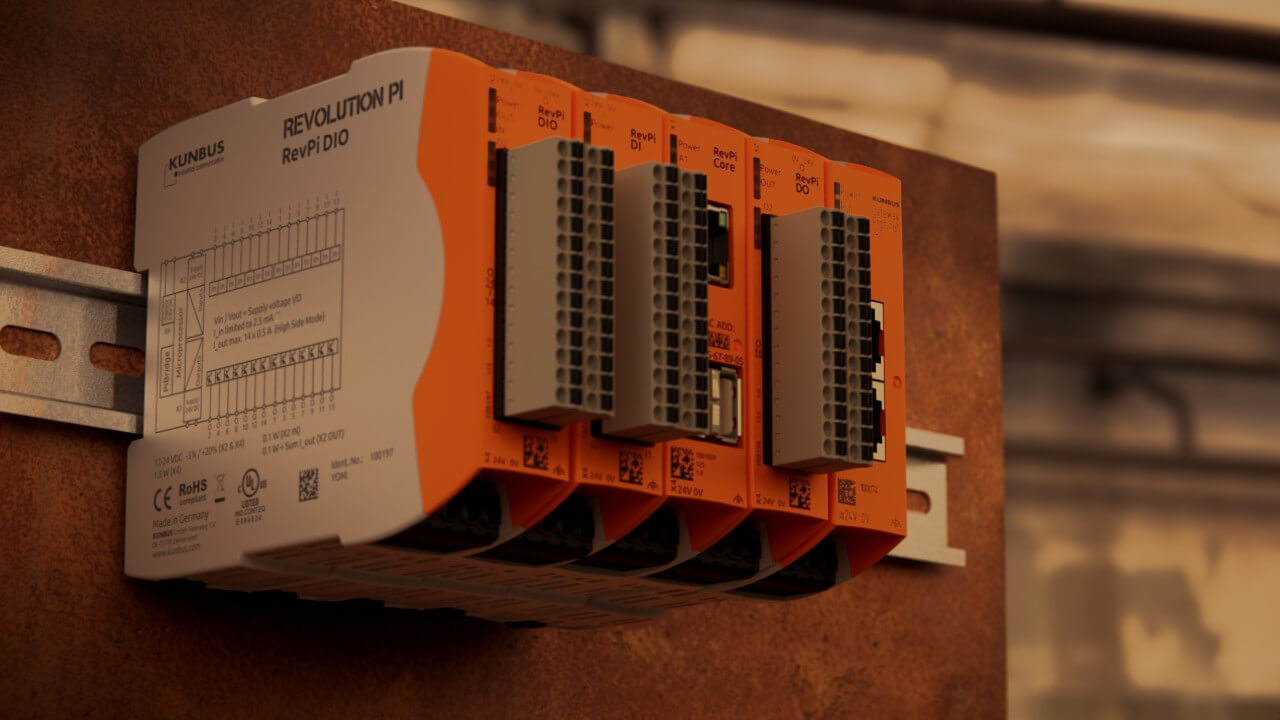 In November 2016, right on time for the SPS IPC drives in Nuremberg, Revolution Pi celebrated its world premiere. In addition to the RevPi Core base module (equipped with the Raspberry Pi Compute Module 1 featuring a single-core processor and 500 MB RAM), the RevPi DIO, RevPi DI and RevPi DO digital IO expansion modules also celebrated their world premieres at the launch. In addition, the modular gateway modules, originally designed as pure network-to-network gateways, were included in the product portfolio as expansion modules for the Revolution Pi system. 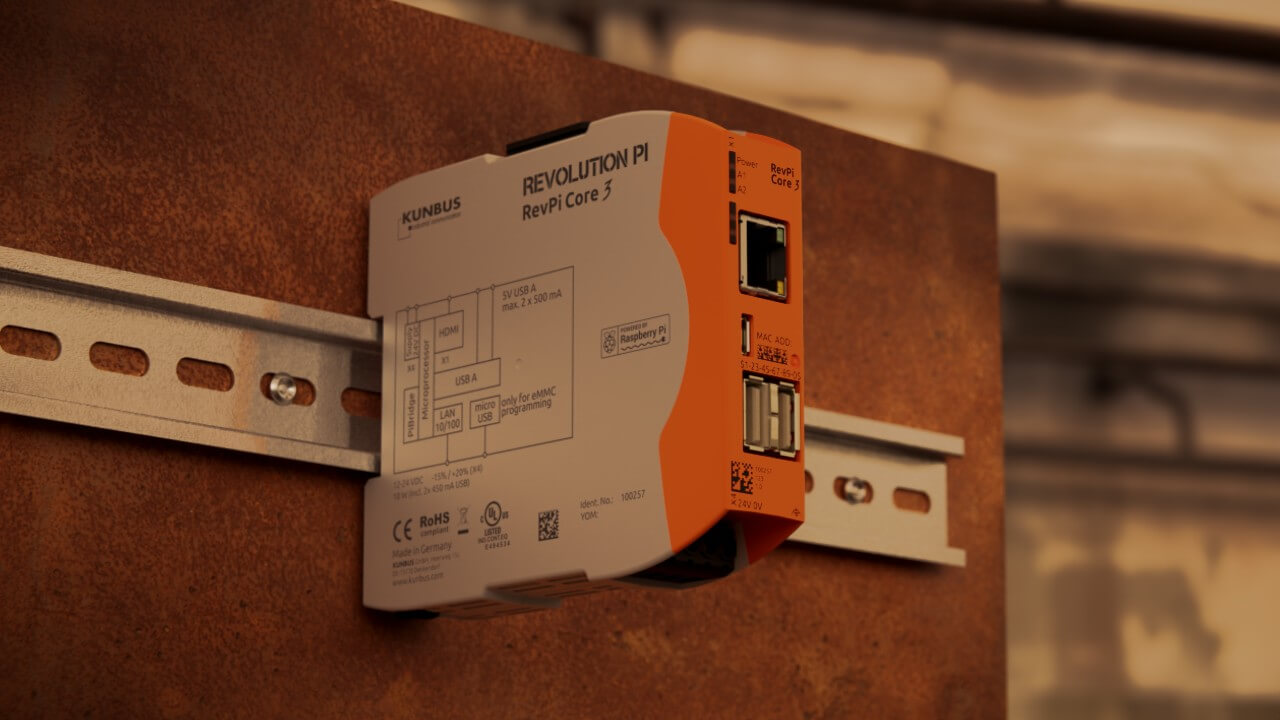 With the release of the Raspberry Pi Compute Module 3 (CM3) in spring 2017, the RevPi Core also quickly received a successor: the RevPi Core 3. Due to the CM3 with its 1.2 GHz quad-core processor and 1 GB RAM, the RevPi Core 3 now got significantly more performance than its predecessor. 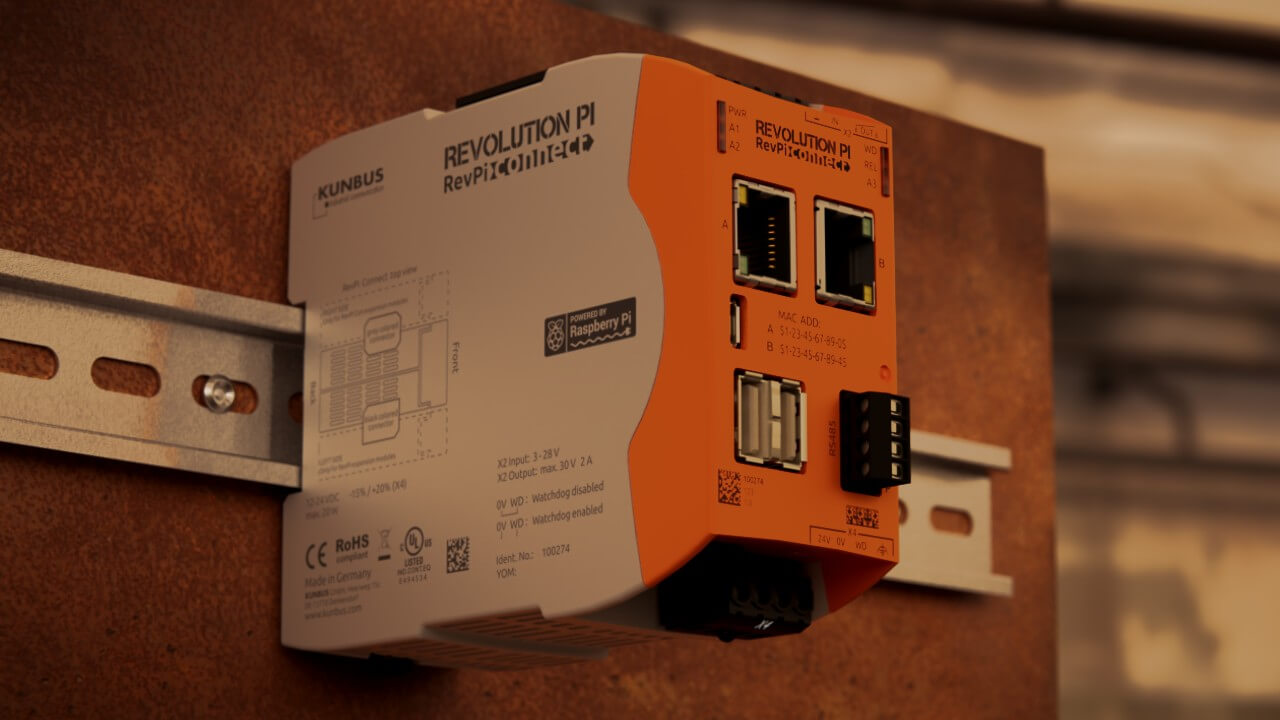 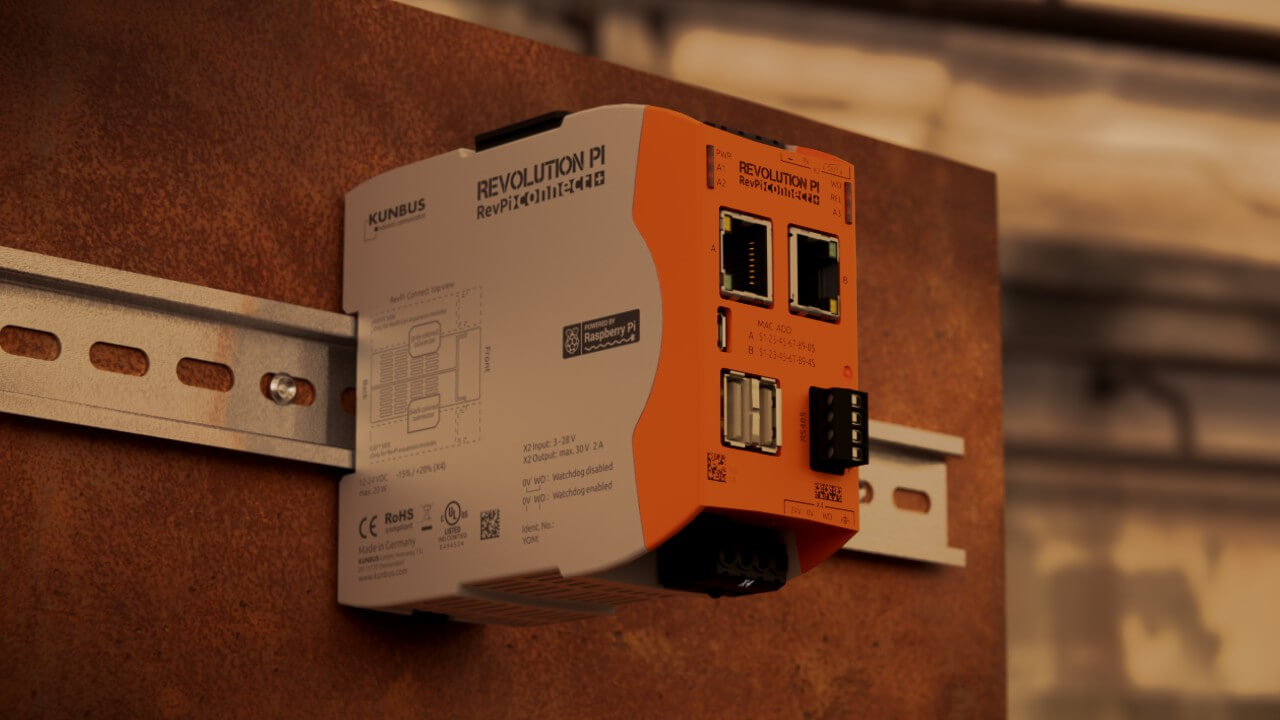 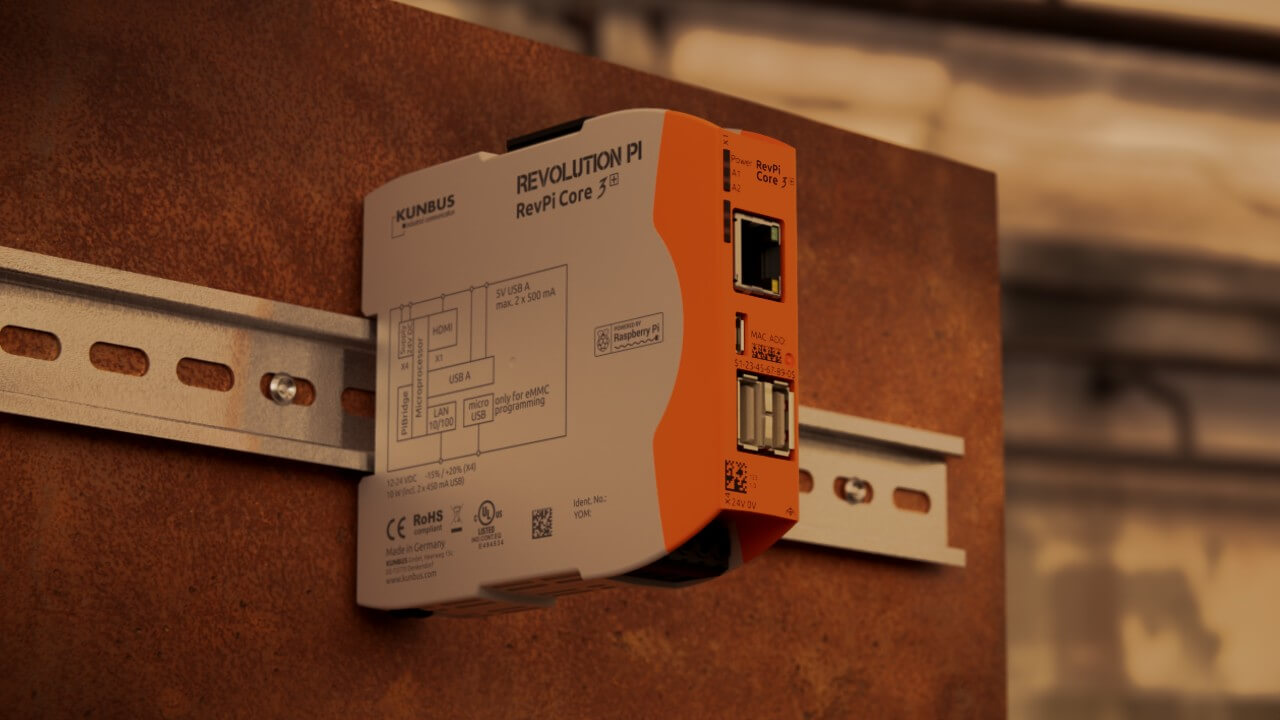 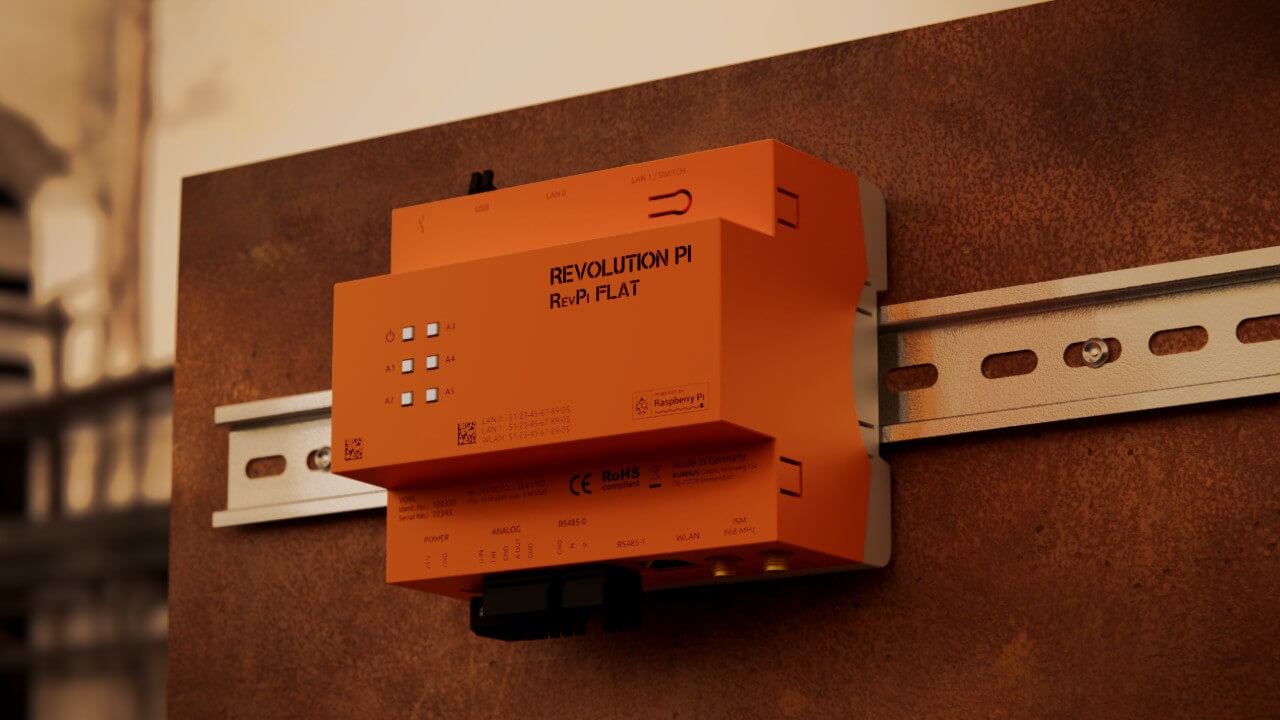 In 2021, we launched the RevPi Flat, the first non-modular Revolution Pi. Unlike the previous Revolution Pi devices, a significantly modified housing shape was chosen for the Flat in order to be able to install it more easily in the common sub-distribution boards in buildings. In addition, it was the first RevPi ever to receive an integrated WiFi connection and four Ethernet interfaces. The CM3+ with 8 GB was chosen as the Raspberry Pi Compute Module. 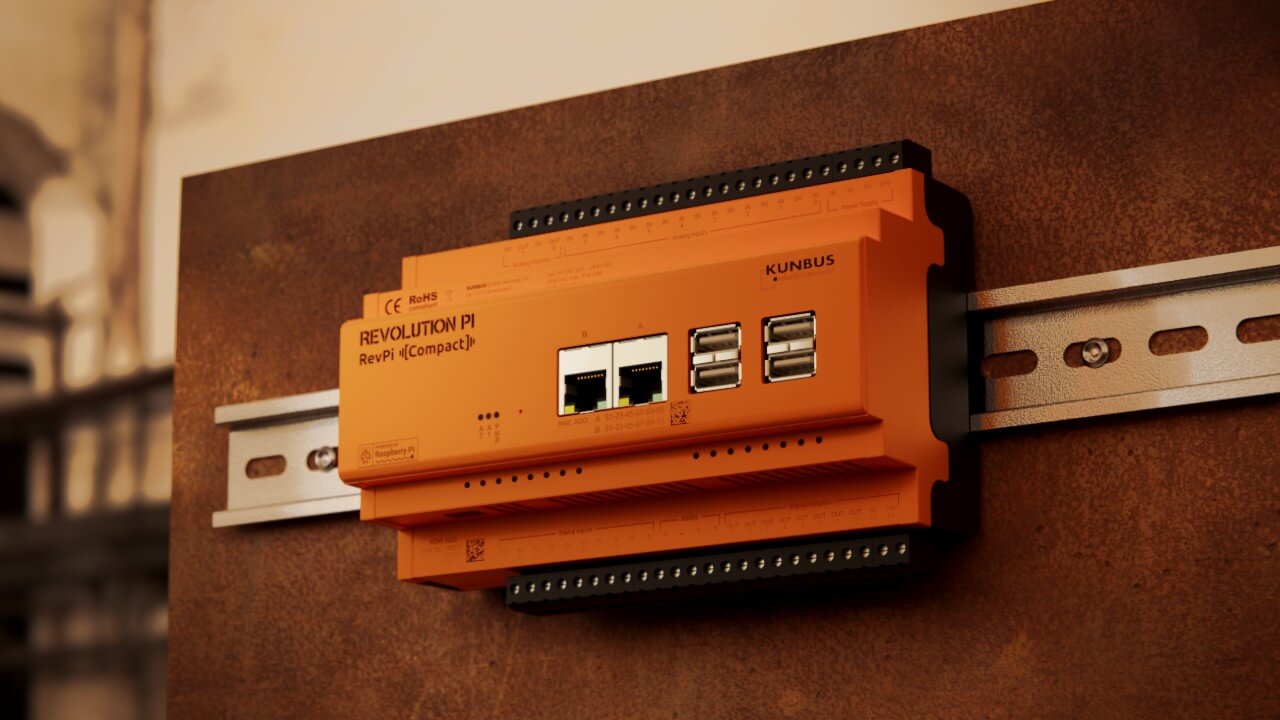 The RevPi Compact was designed – just like the RevPi Flat – as a non-modular Revolution Pi. With a variety of digital and analog inputs and outputs, the RevPi Compact perfectly suits as a compact controller. As with the RevPi Flat, the CM3+ with 8 GB eMMC memory was selected as the Raspberry Pi Compute Module. 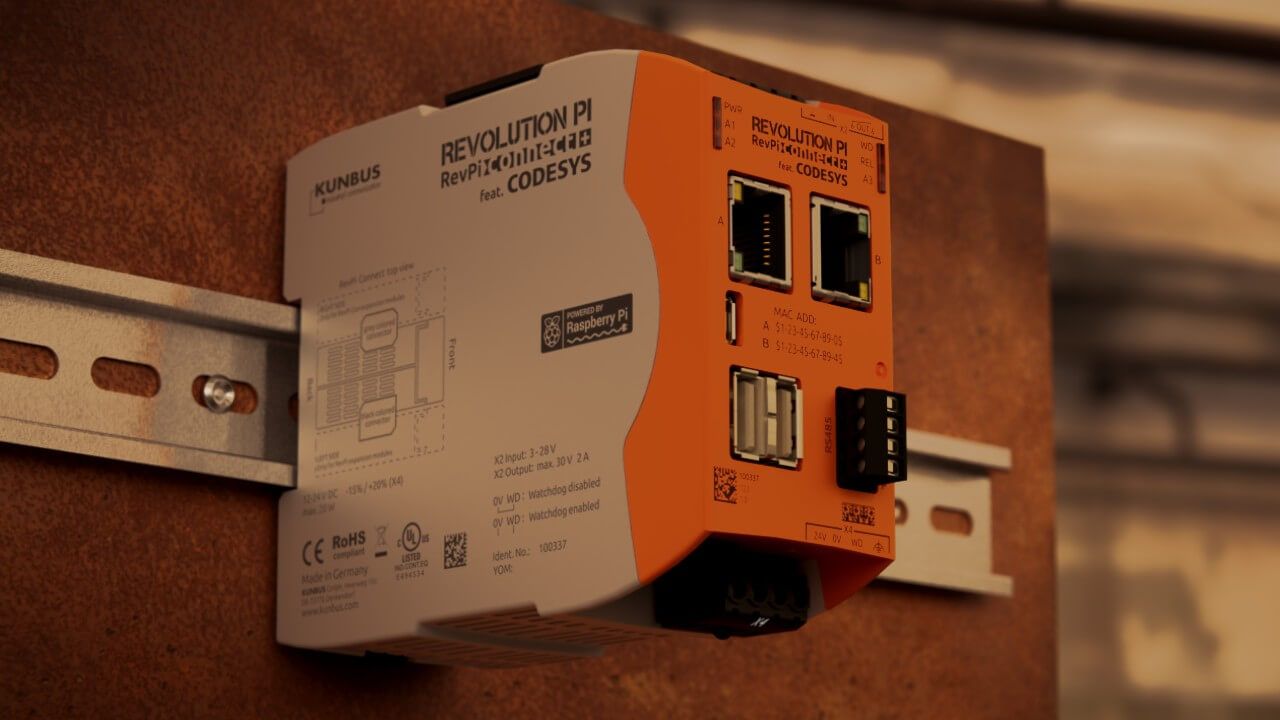 The name speaks for itself: With the RevPi Connect+ feat. CODESYS, a RevPi Connect+ was introduced on which the multicore-capable CODESYS Control runtime system is already installed and licensed. 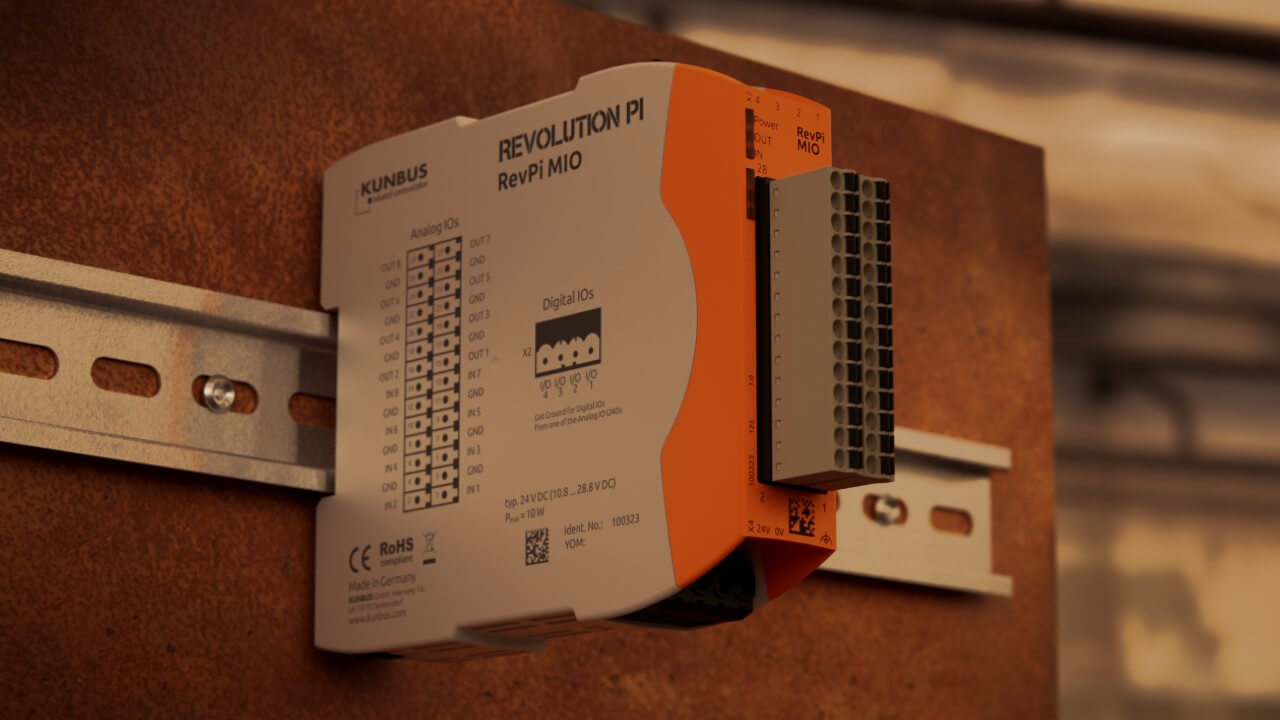 With the RevPi MIO, an expansion module for the Core and Connect base modules was introduced to the market, which has both analog and digital inputs and outputs.

Fighting against the global chip shortage 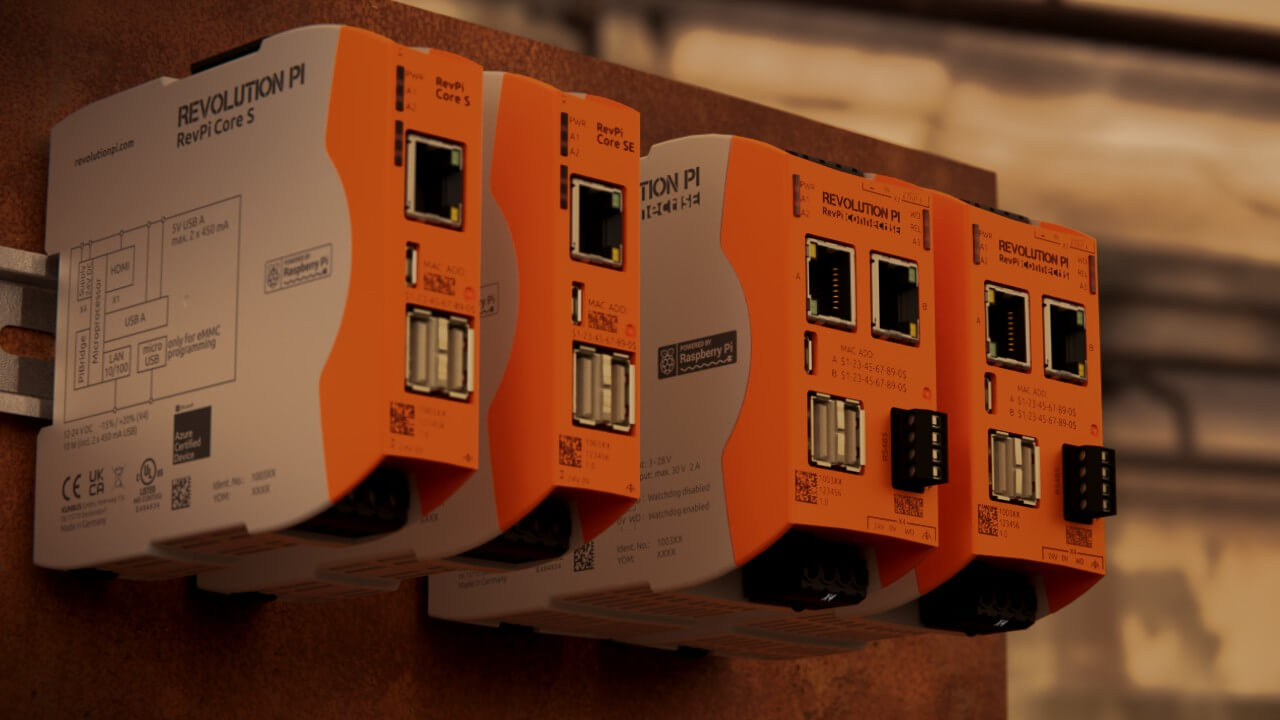 Due to the global semiconductor crisis that has been ongoing since mid-2020, the S and SE series have been launched. Equipped with the exclusive Raspberry Pi CM4S, the ability to deliver Revolution Pi base modules can be ensured. The SE series, whose special feature is not being able to connect gateways, was also developed due to the global chip shortage.