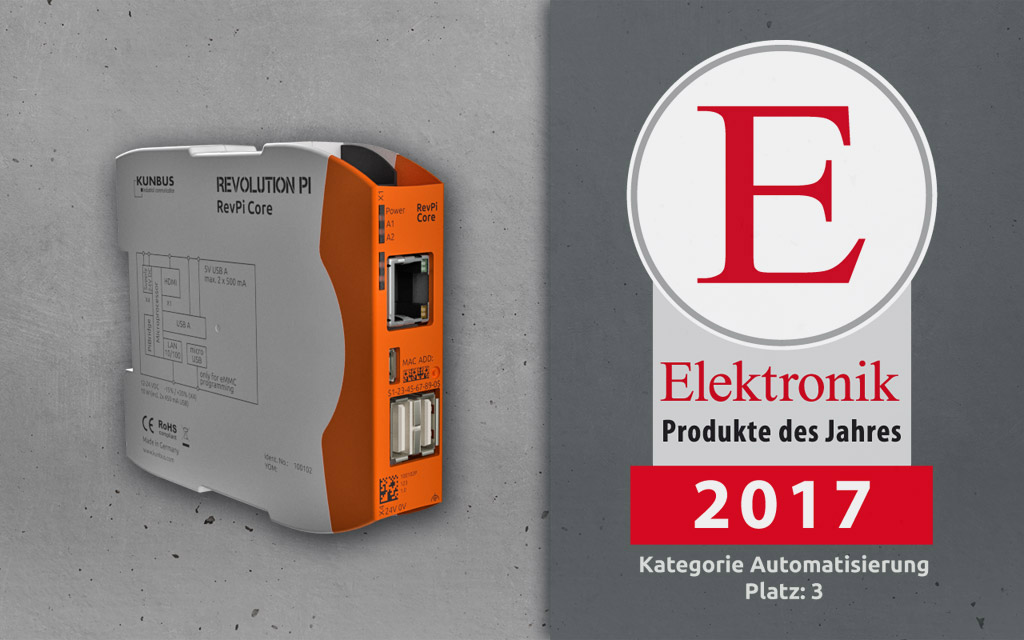 Today we proudly announce that Revolution Pi has won another award. At the “Products of the Year 2017” award, Revolution Pi was able to gain a respectable 3rd place in the category automation. The “Products of the Year” award is a readers’ prize, which has already been awarded for the 19th time by the readers of the German magazine “Elektronik” and its online portal elektronik.de. The award ceremony took place on March 30th in Munich. 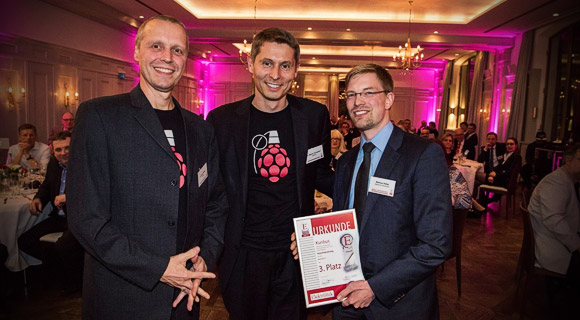