Revolution Pi has conquered a firm niche in the industrial world. But we at Kunbus are far from satisfied with this. Therefore, we have asked ourselves the question, what can we do even better. What could be more obvious than to ask our own employees. Not necessarily those colleagues who are already involved in RevPi, but those who have had little or nothing to do with RevPi. That’s how the idea of a blog was born, in which I tell you about my experiences with RevPi.

About me: My name is Thomas and I am actually responsible for technology sales at Kunbus. So I usually deal with things that you can’t touch (which is not because it bites). So it’s a nice change to do something practical. This I can say after a short time: if you have a certain nerd potential like me, the RevPi really has an addictive factor. As a convinced Linux user I bring along some useful experiences in handling the RevPi. Actually I have also experimented with a Raspberry Pi. But that was ages ago.

After my colleagues sent me a nice RevPi Connect+, I armed myself with my tools and got to work. If you are wondering what that strange thing at the top right is, it is a stripping tool. 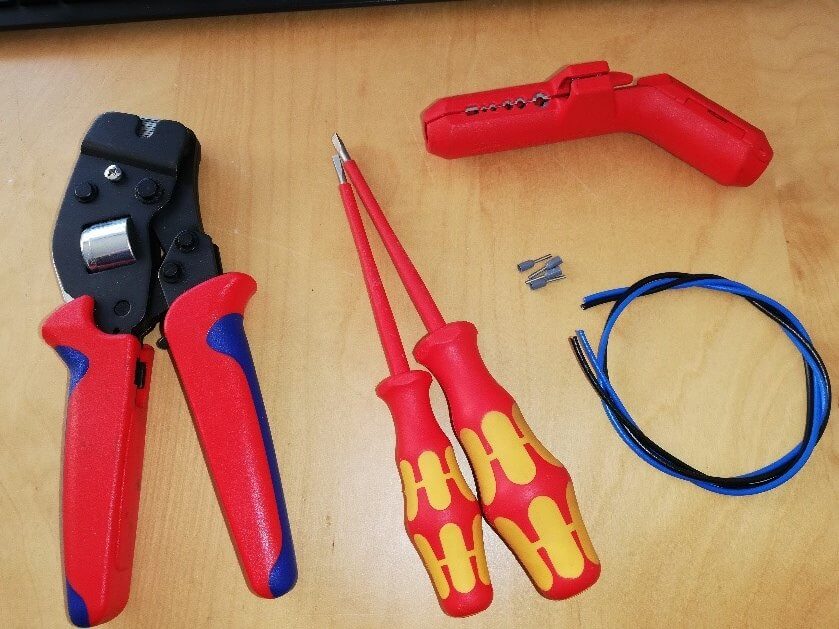 After the first loose setup was on the desk, I took my first steps. So I installed Putty and looked up the IP address via the Fritzbox, in my case 192.168.178.32. In order to avoid entering the IP address by hand every time, I created a session right away. 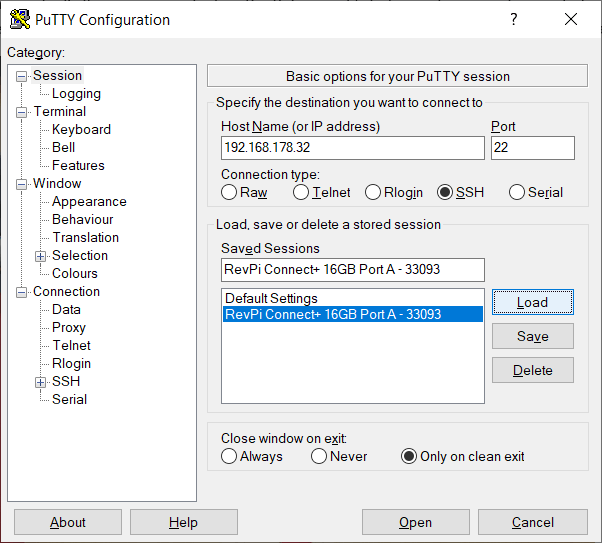 Afterwards then the registration with the data on the housing side. Of course I won’t tell you. ?

I could have started now, actually. But I didn’t really like the loose setup. Anyway, there’s already enough stuff on the desk. So I quickly decided that I had to set it up quite neatly. After some digging, I had found a board, a multiple socket and even a piece of top hat rail. Four holes in the wall and a few screws later, the assembly was ready.

Unfortunately, the board is actually one or two centimetres too narrow for the socket. But it fits for now. The CAT6 network cable has proven to be extremely stubborn. After I got stuck on it a few times, I screwed an eyelet and fixed the network cable with a cable tie (It can be imagined behind the USB cable which is inserted from the left). 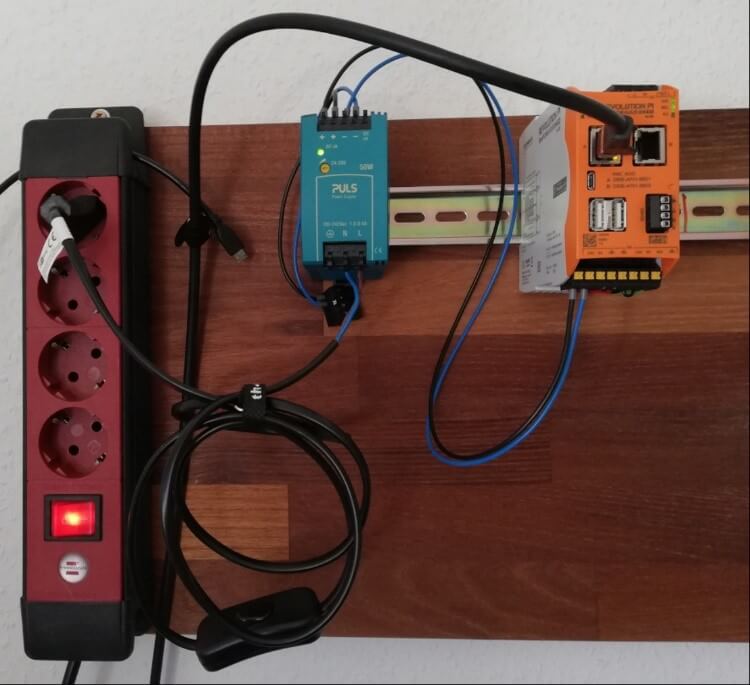 So now it can really start. Logged in again with Putty and with the help of piTest a LED is turned on and off. 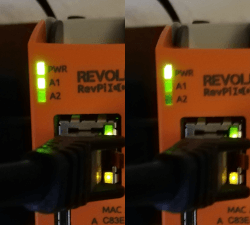 Okay, that wasn’t a challenge yet. Let’s see what the colleagues have done nice with demos. Oh right… Python. I don’t know anything about that. After an admittedly short glance I decided, we probably won’t become friends. So the decision was made to program in C/C++. But more about that in my next article.

Please note, this blog is a field report. It is not meant to be an official tutorial, although I think you can find some useful things here. After all, not everyone has to reinvent the wheel.  If you have questions about the blog entries, please answer the blog entry and don’t bother my colleagues from the support department.