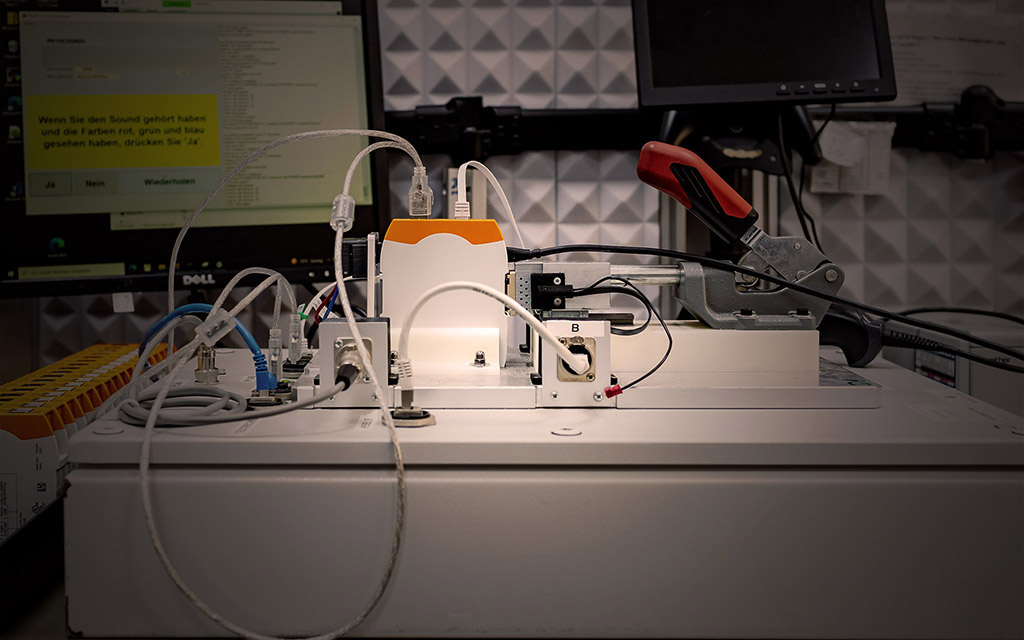 The showdown before each RevPi is shipped: the final test to see if a device will make it to the customer. With our specially manufactured End of Line testers (EOL-tester), each individual module is tested for flawless function – also by RevPis themselves.

Each module family needs its own EOL-tester, because not all interfaces are the same across modules. Thus, there are separate testers for the base modules, the gateways as well as digital, analogue, and CON extension modules. Part of each setup is a permanently installed RevPi module: It tests the communication capability of the clamped module, but also controls the test process itself.

All testers are additionally equipped with a Windows computer and a monitor to manually start and accompany the test process. After the computer is giving the start signal to the permanently installed RevPi, it begins to test independently according to its program written in C++.

At the beginning of the test procedure of a RevPi Core, the general function via network connections is tested. This is where, among other things, the corresponding RevPi counterparts are used: A RevPi Core has a permanently installed RevPi DIO (and a DIO has a corresponding RevPi Core) installed to test the PiBridge. These permanently installed modules are being activated and the accurate reaction is checked. To check the USB interfaces, USB sticks were already attached when the to-be-tested RevPi was clamped in. For a successful test, the RevPi must recognize prepared files. Then the current load of the USB ports and the automatic shutdown at a voltage of 700 milliamps are checked.

The list goes on: one after the other, all interfaces of the respective device are checked. If everything works, it goes on to shipping. If the hardware proves to be faulty, it is sorted out directly.